Gautam, an IIMC alumnus has taught at IIM Calcutta and XLRI. He was selected by the Aspen Institute, Colorado, USA to be their Co-Facilitator for the Indian programme of “Leadership by Values” seminars after training at Aspen under Facilitator Professor James O’Toole. The prestigious Aspen seminars were considered the pinnacle of training all over the world.

He has served on the Board of XLRI, was CII’s HR & TQM Chairman (East) and part of the team for drawing up the training needs of SAARC called the Colombo Document. He was the Coordinator for XLRI in preparing the Planning Commission’s Jharkhand Report when the State was newly formed.

Gautam is the only non-Tata founder member of the Society for Promotion of Professional Excellence which owns the Centre for Excellence at Jamshedpur, housing the archives of Tata Steel and providing a range of services to create excellence.

As an entrepreneur Gautam ran his manufacturing unit with an All-India branch network, UK office, exports (through Tata Steel) to seven countries and technical collaborations with firms in Belgium, Denmark, Italy and UK. 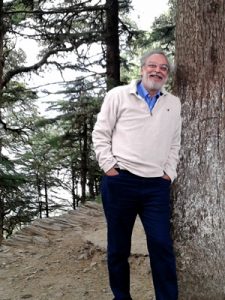